On Tuesday 7 November the Chartered Institute of Linguists (CIOL) and its awarding body the IoL Educational Trust (IoLET) held their annual Awards Evening at the Law Society, London, in the presence of CIOL’s Royal Patron HRH Prince Michael of Kent.

The awards celebrate the highest achievements in the organisation’s professional language exams and, in two special awards, recognise the significant contribution to fostering the study of languages.

CIOL is delighted this year to present the Threlford Memorial Cup, given for fostering the study of languages, to the Welsh Government-funded Modern Foreign Languages Student Mentoring Project. The project, launched in 2015, addresses the fact that more than a third of Welsh schools have less than 10% of Year 10 pupils studying a foreign language, and encourages uptake of modern languages at GCSE level. Under the scheme, students from Welsh universities are trained to talk in schools about the benefits of studying languages, and uptake has been seen to double in some schools.

‘We are absolutely delighted to receive this prize. It is testament to the great partnership that has been established between the Welsh government, universities, regional education consortia and secondary schools across Wales. Languages open doors to other worlds. Our student mentors embody this enthusiasm and commitment to language learning as a life enhancing opportunity.’ Professor Claire Gorrara, School of Modern Languages, Cardiff University

"CIOL is delighted to make the award of the Threlford Memorial Cup to the Student Mentoring Project, which places undergraduates from Cardiff, Swansea, Bangor and Aberystwyth Universities in local schools as ambassadors for the study of foreign languages at GCSE level. The decline in the numbers of secondary school pupils studying languages is a matter of urgent national concern across the UK, and has been particularly acute in Wales. This Project is having a demonstrable effect on the take-up of languages in Welsh schools, as well as being beneficial to the personal development of the students involved, and is exactly the kind of initiative the award seeks to recognise." Professor Chris Pountain, Chair IoLET Board

As runner-up to the Threlford Cup, a special commendation was given to The Multilingual Debate at Heriot-Watt University and was collected by Fanny Chouc, Teaching Fellow in French.

Susie Dent, lexicographer and etymologist, received the David Crystal Trophy, an award donated and named after the great linguist and a CIOL Vice-President. Susie is known for her participation on the Channel 4 game show Countdown, as well as her contribution to Radio 4 programmes such as Word of Mouth and Wordaholics. She runs a twitter feed devoted to language-related topics.

IoLET has been working with the MOD since May last year to deliver their language assessments and, for the first time, presented two awards to MOD personnel for Language Achievement. One candidate, with a career as a military linguist spanning some 25 years, has achieved impressive levels of proficiency in 13 languages. The second award went to an outstanding Arabic language student who exceeded expectations in his language assessment.

Susie Dent: David Crystal Trophy for outstanding contribution to the field of languages A-Level results in languages – a brighter future on the horizon? 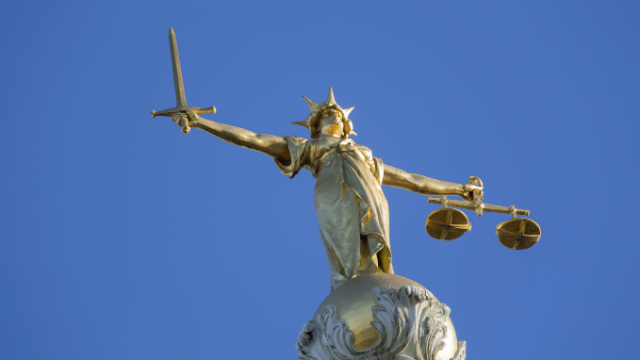 CIOL seeks your views on a new specialist division