First published in The Linguist 55,6 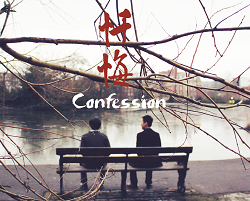 In The Linguist 55,4, Boyd Tonkin writes: “It is rare for fiction imported from beyond the English language to sparkle in the limelight in this country”, but that the phenomenon is becoming less rare. The same is true of imported drama: we may revel in the 37 different Shakespeares performed at the Globe, and we all love our lives to be spiced by a bit of Molière, Chekhov and Ibsen. The advent of new drama in translation, however, is a slow process. The tendency is for dominant Western material to be translated and exported, and for the traditional and established to dominate over the new.

At Newcastle University, we are endeavouring, in a small way, to redress the balance through the introduction of 21st-century plays from China, performed in English. Since 2013, a group of translation and interpreting students have translated five new plays, subsequently performed by the student translators themselves at Northern Stage, a leading theatre in the north of England.

Our motives are multiple and mixed. The drama module for students of interpreting and translation was originally designed to enhance ability in the use of register, since spoken drama provides varied colloquial registers. The aims have broadened out to include expansion of vocabulary, refinement of grammar, voice production and projection, articulation, and appropriate body language.

The achievements have been unexpected: improved personal interaction developed through collaborative translation, management and audiovisual skills derived from the staging process, and confidence and knowledge acquired during the performance process. From an academic point of view, this work with Chinese students is crafting new pedagogical approaches to the teaching and learning of translation and interpreting.

While audience numbers are limited, the spin-off has been inspiring in our adoption and adaptation of cutting-edge Chinese drama. We are not alone in our effort to bring Chinese drama to the British stage. The University of Leeds has a thriving programme of collaboration with China, and the Royal Shakespeare Company (RSC) staged The Orphan of Zhao, in English, in 2012-13. The emphasis in both cases is on the traditional.

Some companies, however, have focused on contemporary drama. The National Theatre of Scotland brought a series of new short plays from China to Glasgow in 2014, and a few smaller companies, such as Yellow Earth, are working more broadly with British-Asian drama. At Newcastle, alongside our pedagogical motives, we aim to break the stereotype of the traditional Chinese opera, seen as quaint, romantic and exotic. Contemporary plays show China as it is: Chinese people as they are, their needs and wants and the rhythm of their modern lives. Above all, the Chinese plays of the 21st century are infused with the music of a modern language which sometimes requires courage to translate and perform.

Who translates plays and how are they recognised? The translator provides a ‘literal’ translation for a dramaturge, director or established playwright to hone to a state of performability. Only in recent years has the translator become more visible, and still is often considered secondary. A play in translated version is more often considered the creative work of the dramaturge, while the ‘helpers’ who do the groundwork are acknowledged, but not foregrounded. There are talented playwrights who are also translators, like Michael Frayn, who can be trusted to render plays creatively and satisfyingly. There are bilingual theatre workers who can be called upon to advise and assist with the culture-specific elements.

Trusted dedicated drama translators are rare, and may be academics, or playwrights like Frayn. There is resistance to professional translators in the world of theatre, where knowledge of how stage and performance work may take precedence over linguistic proficiency. Directors and actors want a script that is crafted to suit their time, place and audience. They need translations that are performable, speakable and playable for theatre purposes, and may regard the work of a professional translator as too literary or too literal. This view does not nowadays reflect reality, for there is increasing discussion and practice in the profession that focuses on translating for the stage rather than the page.

A script is speech. A performance space has physical and temporal limitations. As long as professional translators understand the constraints and the allowable leeway, they can produce a piece fit for use in performance: even and, perhaps, especially if they are also interpreters, who are steeped in the rhythms of spoken language and party to the dramas of international life. Translators and interpreters must know the manners and the mores of their working languages. Actors interpret, and acting may have profound lessons for interpreters and translators.

Drama has been recognised as a teaching method in first and foreign language teaching for decades. In the UK the name most closely associated with theatre in education (TIE) is Dorothy Heathcote.1 Heathcote worked with children and adults in very informal settings, enabling them to play roles and use language inaccessible to them in their daily lives. There has been criticism in educational circles of the way in which her methods came to be used, seen as too child-centred and lacking in structure. The principles of her work, however, were solidly grounded in drawing out the best in each pupil, in terms of problem solving, interpersonal interaction, self-reflection and language enhancement. Heathcote was inspired by Brecht, and although she explicitly denied that she was influenced by Stanislavski, there is a great deal in her practice which echoes the ideas and methods of both.

Stanislavski2 remains one of the major influences on acting, while Brecht3 has had a huge impact on the way theatre is presented and used in the modern world. In theory, the two are apparently poles apart. Stanislavski emphasised the individual actor, becoming the role, containing the action inside “four walls”. Brecht, on the other hand, embraced the audience, tearing down the fourth wall, and insisting on drama as a vehicle for learning. Both had a distinct pedagogic agenda, and in the translation of drama we can learn from both.

From Stanislavski we learn the importance of knowledge: understanding people, events and self through observation. He insists on the importance of articulation, intonation and body language. These are all basic features of good interpreting practice, and can be learned through performing plays in translation, combining text and action.

Brecht might be regarded as a model for translators. He believed in collaboration, bringing experts such as anthropologists and historians into the creation of a drama in thoroughly interdisciplinary and experimental ways. Brecht’s ideas coincide with those of Stanislavski at several points. He emphasised the notion of ‘gestus’ – a combination of gesture and gist – and he recommended that actors observe, drawing on all possible experiences to improve their knowledge. Above all, Brecht was a teacher: his Lehrstücke were designed to educate.

In Newcastle, we have engaged with the ideas of Stanislavski, Brecht and Heathcote in our drama translation projects. Trainee translators and interpreters collaborate in translating drama, learning to understand and craft spoken language in varying registers that fit physically on a stage and culturally with a target audience. Staging and performance of the translated drama help to form and inform the interpreter voice and body language.