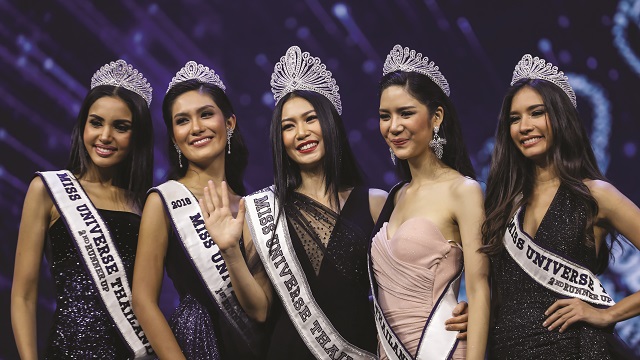 When Patch Magtanong failed to win Miss International 2019, fans in her native country were quick to blame the interpreter, who was accused of omitting parts of the Filipino contestant’s final speech. Trained to be ‘invisible’ conduits for communication, interpreters suddenly find themselves in the spotlight when working at the ‘Big Four’ pageants (Miss Universe, Miss World, Miss Earth and Miss International), as the final shows are broadcast to more than half a billion people around the world.

In this high-pressure world, where every move a contestant makes is analysed and critiqued, it is not unusual for commentators to point the finger at the interpreter if their favourite doesn’t win. “People from the girl’s country say the interpreter ruined the answer by translating it inappropriately,” explains pageant judge and consultant Richard John Isa. One blogger went so far as to claim: “There is no doubt that translators can make or break a candidate.”

But is it realistic to expect linguists to deliver beautifully constructed interpretations amid the challenging conditions of a live show? Renata Laureano isn’t convinced. When she worked on the Miss World final for a Brazilian TV channel in 2012 and 2013 she wasn’t even sure she would be able to hear the winner’s name when it was announced.

As well as potential sound issues, there are other unknowns. For Jessica Hinds-Mingo, one of the difficulties was that she was interpreting for Miss World candidates from several hispanic countries, each with their own vocabulary and slang. “There are some words that I’m just not aware of. Behind the scenes, I would ask the contestant ‘what does that mean?’, but I couldn’t have done that during the live broadcast,” she says.

Isa recalls an incident at a smaller competition when an interpreter got ‘stuck’, whether due to nerves or because there was a word she didn’t understand. “That’s when I realised the importance of prearranging how you’re going to do the interpreting at these contests,” he says. “Some girls talk very fast, so you can have this whole speech and the interpreter is standing there having to interpret it all. They’ve got to say beforehand, ‘if you have a long answer, give me a chance to interpret; leave some pauses.”

Laureano didn’t have that luxury, as she was interpreting from a TV studio in Brazil. Instead, she did as much preparation as possible, researching cultural sites in the host country and practising the names of all the contestants. However, there was still a fear that during the Q&A session before the panel of judges someone might name a place of interest in their home country, or a cultural event, which she couldn’t quite get.

It didn’t help that she was working alone on live TV for two and half hours without a break. “There were moments when I did not get the exact sentence,” she admits. “I knew what they were talking about but you have to be able to improvise a little. You’re on live TV so you have to say something. You cannot say things that are wrong but you can generalise.”

Yet it is precisely this summary-style interpreting that has led to criticism of pageant interpreters in the past. The Vietnamese interpreter at Miss Universe 2018 was slammed by blogger Isabelle Du: “Quickly did a translation of what the world should’ve heard instead. Moving forward, I hope they’ll book an interpreter that’ll support our Miss Vietnam candidate.” It fell on Miss Vietnam herself to defend the interpreter and explain the challenges of the interpreter’s role to her followers on social media.

This may not have been solely good grace on H’Hen Niê’s part, but also due to the unusually close relationship that forms between client and interpreter during these contests. The interpreter often acts as chaperone during the weeks of cultural trips, interviews, photoshoots and events leading up to the finale, meaning that friendships and loyalties develop, as well as a deeper understanding of each other’s work.

Hinds-Mingo, who worked as a chaperone-interpreter at Miss World for three weeks in the UK (2011) and five weeks in China (2012), explains: “Chaperone is an umbrella term; it felt as if we were their mother, their babysitter, their logistics organiser. You’re basically there to make sure the girls are prepared and to constantly be in communication with them – a shoulder to cry on, a cheerleader if they’re feeling down.”

She worked 18-hour days along with about 15 other interpreters, each with a group of

6-8 contestants, and describes the experience as “pretty hardcore”. About a third of her group needed support in her languages, whether to understand instructions, participate in events and interviews or communicate with fellow contestants. They all stayed in the same hotels, rooming in pairs (interpreter with interpreter, contestant with contestant).

Forming friendships with clients would usually be considered unprofessional, but Hinds-Mingo still counts some of the women she met among her closest friends, and has even been to a few weddings. “Essentially you’re spending 24/7 with each other because it’s early starts and late endings, and you’re together all the time,” she explains.

“We were always on-call. On the plus side, we got to go to the same glamorous events as the girls, but it was tiring having to switch constantly from one language to another.” Although the interpreters could sometimes take breaks when the competitors did, there were often meetings to attend, after which they would relay the information to the contestants in their languages. There were also subtitles to write for the YouTube content, created throughout the competition as part of the organisation’s marketing strategy.

“It was a very intense schedule, and your brain and your voice were frazzled by the end of it,” says Hinds-Mingo. One day they might travel by bus to a waterfall for a photoshoot before flying to another part of the country; the next day might involve interviews for YouTube and a cultural excursion. The amount of travel was particularly draining because they not only had to pack everything they would need, but they had to ensure the women in their group did too.

Under such conditions, the interpreters leaned on one another for moral support. Some had several contestants with limited English-language skills and were overly stretched, while others had contestants who could communicate well in English and only needed occasional support. Sometimes there was a mismatch between the language of the chaperone and a member of their group, so they would help each other out. “We were divided into four groups and a range of languages were spoken among the chaperones,” says Hinds-Mingo. “Some of the contestants spoke two or three languages, so they would also help each other. One spoke broken English and her chaperone didn’t speak her mother tongue. She still served as an interpreter of sorts by learning to make sense of the contestant’s English.”

Isa explains: “Usually they have interpreters in the major languages, like Spanish, French and German, but they’re not going to bring an interpreter just for one contestant, who may not even make it to the semi-final.” When a suitable interpreter is not provided, the national pageant might step in – as with Miss Venezuela International 2006, who required a Spanish Sign Language interpreter – but local organisers do not always have funds to pay fees, board and travel costs. Isa advises the women he coaches to learn a global language to ensure they have a way of communicating.

Interpreters also fill another key role: enabling contestants to showcase their national languages on an international platform. This has become increasingly important in recent years, especially to countries trying to raise their global profile. Candidates are seen as cultural ambassadors, representing their national culture, traditions and language.

In the Philippines there has been an interesting shift in this respect. In 2010, the local organisers, Binibining Pilipinas, were accused of forcing Miss Universe contestants to speak English, with Venus Raj saying that she was banned from using an interpreter – a claim Isa questions and describes as “crazy” if true. By 2017, however, Maxine Medina had become the first Filipino Miss Universe contestant to use an interpreter. When she chose to speak in English anyway, she was lambasted for not taking the opportunity to showcase the national language. The head of Philippines’ language commission, Virgilio Almario, was “so annoyed” that he criticised her publicly: “Even if she didn’t win, at least Filipino would have been heard by the entire world. It hasn’t been heard yet.”

For Medina, however, the pressure to prove her abilities in English may have dwarfed such concerns. The winner has to do interviews and speeches around the world, so the ability to communicate in a global lingua franca is an advantage. And despite former Miss Universe Catriona Gray’s assertion that you don’t have to speak English to win, it is hard to find a single title holder who couldn’t speak it well.

“It is important that they show that they can communicate in English,” says Isa. “But they also want to give a good answer, so they would be best served to have an interpreter there when they want their point to come across well.” The fates of the Venezuelan candidates Dayana Mendoza and Irene Esser illustrate this perfectly. Both had limited skills in English when they competed in the Miss Universe pageant, but while Mendoza impressed the judges with a successful answer in English, taking the 2008 crown, Esser’s answer was deemed “incomprehensible” and she was pushed into second place.

This puts interpreters in a delicate position: they need to be available in case contestants need them, but they aren’t necessarily required to interpret everything. “Often I was there to fill in the gaps. I would always be present just in case,” explains Hinds-Mingo.

“If they wanted help, they knew I was there, but I took cues from them.” There is also a suspicion that contestants who speak English may ask for an interpreter in order to gain more time to consider their answer.

It seems that the pressure on both interpreter and contestant is great when it comes to questions of language and communication at international pageants. Such assignments are not for everyone, with long hours, high visibility and many additional responsibilities, but as long as the linguist is aware of the expectations before accepting the role, it can be a rewarding experience.

Hinds-Mingo was attracted by the cultural opportunities, with highlights including a traditional Mongolian wedding and a multicultural dance performance. Her Miss World colleagues had their own reasons for taking up the assignment – many were

young and drawn to the glamour, but there was also a senior UN interpreter who was looking for something completely different.

For Hinds-Mingo it was well worth the effort. “Very few people get to experience this universe and although I was absolutely exhausted it was good fun,” she says. “As a linguist, just being surrounded by all these different cultures and languages was amazing, and meeting fantastic people that you would never otherwise meet.” 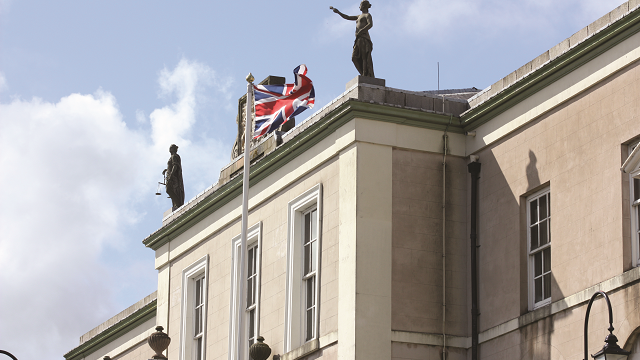 The Linguist
4 years 8 months ago 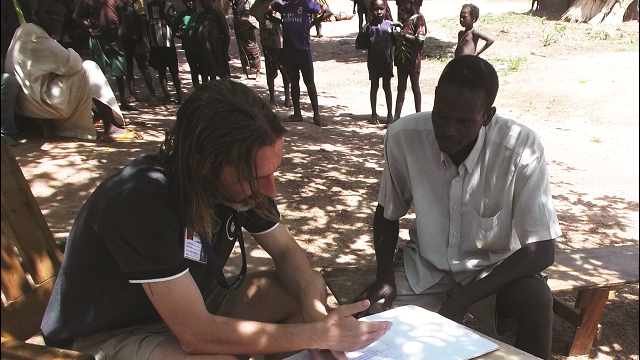 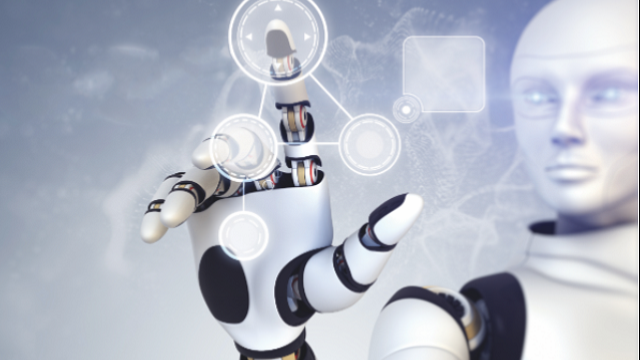