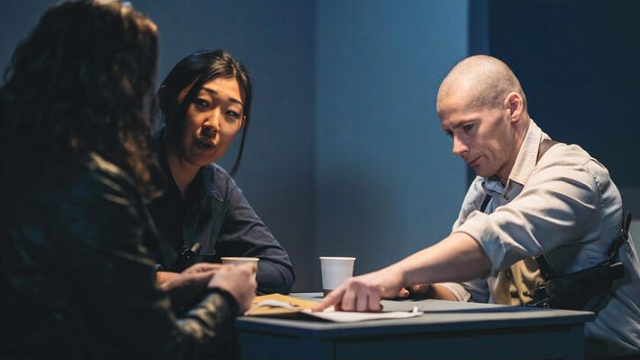 When we talk about interpreting, whether related to interpreting practice, research or interpreter training, it is often conceptualised as an activity which primarily functions as a bridge between two parties who would otherwise be disconnected because they cannot access each other’s language. The interpreter is typically the bilingual participant in the room.

However, interpreters and interpreting service users can attest to the fact that the interpreter is not always the only bilingual person in an interpreter-mediated encounter. Interpreting service users, whether at international conferences or in public sector settings, can also have knowledge of the languages being used to varying degrees of proficiency. A doctor may have some working knowledge of Spanish; a patient may be able to communicate in English for everyday exchanges but need help in a formal setting.

When participants in an interpreted encounter use the shared language with intermittent interpreter participation the mode is known as stand-by interpreting. In studies of multilingualism, translation and interpreting, linguistic repertoires that include several languages at different levels and mix linguistic features from different languages are increasingly being acknowledged. Concepts such as translanguaging and superdiversity are channelling scholarly efforts to explore and embrace the complexity, richness and evolving nature of communicative competencies among speakers in multilingual encounters, including those mediated by an interpreter.

Principles such as completeness and accuracy govern our practice as interpreters. When faced with service users who choose to interact in the language they share, even if not all of them are equally proficient in that language, what does it mean for our role? What does it mean for communication, and for how interpreting is delivered?

In the UK context, should we disregard the fact that a suspect, a patient or a witness can speak some English and ask them to ‘switch off’ their ability to understand and express themselves in that language and rely fully on the interpreter instead? Should we allow each participant to use their range of communicative resources? What challenges do these different scenarios pose? What opportunities? Who is best suited to assess the best course of action? And, as time is of the essence in most encounters in public service settings, when should this assessment be made?

These questions have not yet been answered through empirical studies, and we need to consider different factors in each encounter. There are, however, some features and findings that shed light on how stand-by interpreting works and how it could work when those competencies are acknowledged rather than ‘switched off’ (if that is even possible).

My PhD study looked into stand-by interpreting in authentic video-recorded police interviews with suspects in Scotland.1 The suspects were native speakers of Spanish who could understand and use English in everyday interactions, although they had difficulties understanding and expressing complex ideas.

As will be familiar to many professional interpreters, the task of ‘making sure they could understand’ is not as simple as it may look when deciding what to interpret. Interpreting in the stand-by mode is selective, unlike an encounter in which each participant, except for the interpreter, uses a different language and every intervention is, in principle, meant to be interpreted.

We need to bear in mind that interview models, power asymmetries and legal requirements are all features that shape police interviews. When it comes to who decides what is interpreted, is the interviewer, interpreter or service user in charge? I observed that all participants share the responsibility to different extents and, arguably, for different reasons, but the interpreter is primarily in charge of the task.

Two features that stood out in my study were the high degree of collaboration among participants over communication issues and the key role of non-verbal features. Both verbal and non-verbal cues are crucial in any encounter, but suspects resorted to non-verbal actions much more than to verbal requests for assistance when they could not find a word or experienced comprehension difficulties. The video-recorded interviews allowed me to observe the central role of non-verbal actions both to express meaning and to coordinate actions surrounding the need for interpreting. There were two key features:

Hand gestures. The suspects sometimes used hand gestures as expressive resources when they could not find the word in English. The interpreter filled the gap by providing the missing term or phrase, often checking beforehand by saying the missing word in Spanish to get confirmation from the suspect.

These observations show firstly that in police interviews with the stand-by mode, interpreting is used intermittently but not only to address comprehension problems or lack of expressive resources. Given the investigative and evidentiary role of a police interview, the nature and function of what is being said is also a factor in deciding whether interpreting is required. Secondly, they indicate that all users share the task of addressing problems or needs arising in communication.

The task of monitoring

The study also revealed that the stand-by mode involves a high degree of monitoring and alertness on the part of the interpreter. This does not mean that ‘standard’ interpreting does not require being alert but rather that stand-by interpreting adds an extra layer and makes the task of monitoring communicative success more salient. The interpreter is not only paying attention to what is said and how to interpret it but is also monitoring communication in order to decide whether their intervention is required, or to respond to a request to interpret.

Acknowledging the linguistic resources of participants can be enabling and empowering, but it also poses risks. Identifying miscommunication and its sources is not always an easy task and the stakes are high. Interpreters may not be familiar with this mode; some service users may feel at a disadvantage if they are asked or invited to use English; and police officers may see a refusal to use English as a strategy to gain time during the questioning.

Careful consideration of the pros and cons is required, ideally before the interview, and this needs to be revisited if problems emerge. All parties need to be aware of their options and of how communication will proceed. More research is required, hopefully involving interpreters and interpreting service users in a variety of settings, in order to gain a better understanding of the stand-by mode of interpreting across settings.

The Linguist
6 months 2 weeks ago

The Linguist
7 months 15 hours ago

The Linguist
7 months 2 weeks ago

The Linguist
7 months 4 weeks ago

The Linguist
8 months 1 week ago

The Linguist
8 months 3 weeks ago

The Linguist
9 months 1 week ago

The Linguist
10 months 3 weeks ago