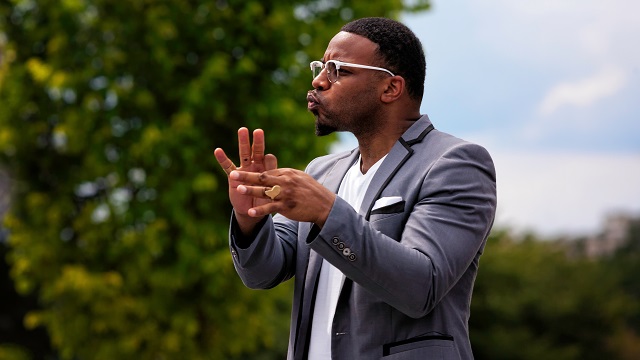 The interpreter selects strategies in real time, but little is known about this process. Isabelle Heyerick asks how signed language interpreters make such decisions

Any interpreter can attest that the cognitive work we perform entails more than merely rendering words from language A into language B. There is context to consider, the social rules and norms of the interaction being interpreted, and considerations such as why are the participants here/why am I, the interpreter, here? In this sense, interpreting is a situated activity (a linguistic interaction between people) with a goal: communication. Exploring interpreting as a goal-oriented process foregrounds the role and importance of strategies. Whenever we want to achieve a goal, we strategise. We concoct a plan, consider the various steps and adjust along the way until we achieve that goal.

My research explored which linguistic interpreting strategies Dutch-Flemish Sign Language (VGT) interpreters use and reject, and why; and whether certain ideologies influence the linguistic choices they make.1 I investigated 11 strategies. The majority were general strategies, used in spoken and signed language interpreting (i.e. addition, substitution, omission, paraphrase, repetition, compression, literal interpretation and repair), and three were signed language specific (fingerspelling, role taking and manual simultaneous construction). I did not, for instance, describe the use of time lag, preparation strategies and note taking.

To determine when each strategy was used, I relied on the comments of the eight study participants about how they interpreted the same Dutch source text into VGT. During retrospective interviews, the interpreters and I reviewed their video-recorded interpretations. The interpreter could stop the recording at any point to comment on 1) which linguistic decision(s) they made, 2) why they made that decision, and 3) whether they would do it differently given a second chance.

Putting the interpreters at the centre of the data analysis allowed me to discern which decisions were strategic as opposed to internalised routines. Their perspectives also provided a deeper understanding of the motives that guided their decision-making processes. This enabled me to investigate the interaction between the microlevel decisions and how they relate to the overarching (macrolevel) goal of the interpreter.

The results confirmed that interpreters aim to achieve a certain goal or several goals with an interpretation. These are not fixed but are fluid. The goal(s) (can) change according to the flow of the interaction being interpreted, and they determine the strategies the interpreter will apply or reject at any given point.

For example, an interpreter can start an assignment wanting to deliver an accurate and clear interpretation. A priori the interpreter will want to avoid omissions and favour the use of strategies that increase the comprehensibility of the target text2 (e.g. paraphrase, addition, repetition). However, when confronted with a rather dense fragment in the source text, the goal might shift, and managing processing capacity and safeguarding the interpreting process might become the aim. At that point, the interpreter might revert to strategies such as compression or strategic omissions.

Triggers can also cause an interpreter to consider using a strategy. These can be related to the source text – e.g. density, speed or not knowing a lexical equivalent for a certain word or expression. How the recipient of the interpretation reacts (backchannel feedback) can also be a trigger. If, for instance, the client shows confusion, the interpreter might repeat the information (repetition) or deliver the same message differently (repair).

It goes without saying that strategies are interconnected and interact with each other. In the first place, interpreters must consider using a strategy before they can apply or reject it. Based on the envisioned goal and underlying motivation(s), they either decide to use the strategy or not. If the strategy is rejected, the process restarts until a satisfying strategy is identified and applied. All of this happens in mere seconds while the interpreter is simultaneously interpreting.

Eyes on the target

Interpreters would apply strategies which enhanced target text clarity, comprehensibility and coherence, and reject strategies that impeded this. In my study, strategies were only rejected because of a product-oriented motivation, but strategies can also be avoided to safeguard the interpreting process. One example would be repetitions, which can potentially increase the interpreter’s cognitive load.

Some strategies are applied because they will enhance the interpreting flow. These are process-oriented motivations. Strategic omission, for instance, allows the interpreter to gain time and expand their processing capacity. In several cases, interpreters would apply one strategy which was oriented towards both the process and the product. The use of substitution, for example,

The influence of ideology

On the one hand, the interpreters wanted to adhere to the code of conduct’s stipulation that the source text message needs to be rendered accurately and completely. This meant they sought to avoid strategies such as addition, omission and compression. On the other hand, they also wished to deliver a comprehensive target text which would be understood by the audience. This aim warranted the use of, for example, additions. At times, interpreters expressed a conflict over how to adhere to all the expectations put forward in the code of conduct.

In other instances, ideologies regarding deafness influenced the interpreters’ linguistic decisions. They said they had omitted certain source text items because a deaf person3 1) would not understand the word, 2) would be offended by it or 3) would not be able to process all the information. One example was the omission of the source text item ‘handicap’ because, according to the interpreter, “this is not a popular word in the deaf community”. This points to the fact that how interpreters gauge their audience influences the strategies they use and reject.

The way interpreters think about language and, more specifically for this study, their stance towards spoken and signed languages also inform their linguistic decision-making processes. Some interpreters identified certain characteristics of the source text as being typical for spoken languages but inappropriate for signed texts. This was the case when they were confronted with long and complex source sentences, which they would render in shorter formulations using compression. This allowed for, in their opinion, a more signed language appropriate target text.

they ultimately make – is a prerequisite for any interpreter.

1 Heyerick, I (2021) ‘A Descriptive Study of Linguistic Interpreting Strategies in Dutch-Flemish Sign Language Interpreting. Exploring interpreters’ perspectives to understand the what, how and why’. PhD dissertation, KU Leuven, Belgium; cutt.ly/Heyerick

2 ‘Text’ refers to a coherent stretch of language – written, spoken or signed. In this instance, the target text refers to the signed interpretation produced by the interpreters.

3 Throughout this article, and my publications, I use ‘deaf’ and not ‘Deaf’. The d/Deaf distinction has at times led to exclusive practices. It can be useful in cases where people self-identify as deaf or Deaf, but as a hearing researcher I refrain from making that decision for and about individuals (see also Heyerick, 2016).

The Linguist
1 week 17 hours ago

The Linguist
3 weeks 13 hours ago

The Linguist
1 month 15 hours ago

The Linguist
4 months 12 hours ago